By using this website, you agree to the storing of cookies on your device to enhance site navigation, analyze site usage, and assist in our efforts to get more Rebel Book Clubbers. Privacy PolicyView our Privacy Policy for more information.
Accept
 Join
HOMEMEMBERSHIPEVENTSBLOGBUSINESSCONTACTOUR STORYLIBRARYMEMBERSFAQ 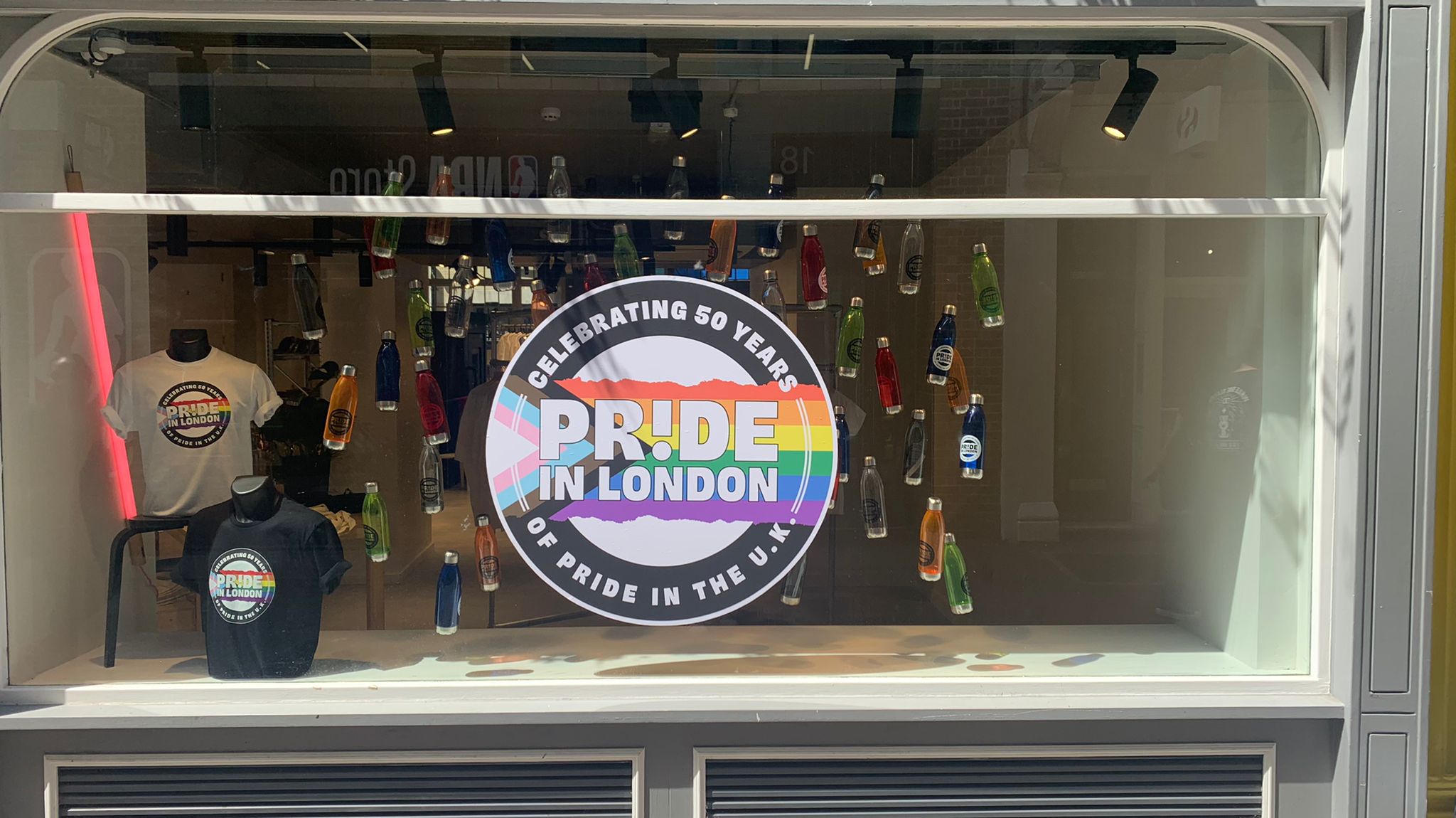 With the help of our friends at Canongate, Atlantic + Picador Books, we've got 50 LGBTQ+ Nonfiction books to giveaway to the first 50 people to swing by.

Come and say hi and, if you're lucky, pickup a book for free!

We'd also like to encourage you to visit our lovely friends at Gay's The Word Book Shop up the road on Marchmont Street in Bloomsbury to peruse their shelves whilst you're in town.

Read on to find out more about the Pride in London Pop Up - open until Sunday 3rd July...

Pride in London has opened the doors to its store in London, marking the 50 year anniversary of Pride. A standalone store, the pop-up offers safe space for London's LGBT+ community, and is located at 15-17 Foubert’s Place, London, W1F 7QB - just off Carnaby street - open through 3 July, 2022.

The Pride in London store features comfy daytime lounge areas in partnership with partners IKEA and Coca Cola, and sells an assortment of gender-inclusive Pride merchandise, is home to an interactive social media wall, and will serve as a meeting hub for the community. On top of these social spaces, Pride in London is producing a series of evening events, in the build up to the Pride parade on Saturday 2nd July, and in celebration of Pride Month.

Programming includes a wide variety of events, from a soirée with Mint and Exilio to a meaningful discussion with the Outside Project; public events for everyone to enjoy. Visitors even have the chance of winning a MATE bike.

Pride in London’s store and stalls offer the official 50th anniversary clothes and accessories. All profits raised from the store go towards Pride in London's Unity Fund which directly supports LGBT+ community projects and individuals.

The campaign for Pride this year, #AllOurPride, connects the present with five decades of powerful LGBT+ moments, celebrations, and historic community events in London. With a core focus on the importance of the Pride March, the campaign uses black and white historical imagery from archive collections that capture vignettes of the march’s significance, representing all LGBT+ voices from every era.

It explores the community’s fight for respect, decriminalisation of love, and the challenging but ultimately victorious battles around Section 28 and the ban on gay men donating blood. In a time of tremendous adversity for the community on many fronts, #AllOurPride reflects the multitude of battles we have been fighting as a country and as a city. It also offers a platform to the community’s ongoing struggles, such as the fight to ensure a ban on conversion therapy for all members of the LGBT+ community.

ABOUT PRIDE IN LONDON

Pride in London is a volunteer-led organisation responsible for delivering the capital’s flagship LGBT+ Pride parade and events since 2013. Pride in London’s mission is to promote visibility, unity, and equality in society for all LGBT+ people and allies. We do this by producing LGBT+ Pride events that inspire, celebrate, educate, and commemorate our diverse community. This year marks 50 years since the UK’s first pride protest march took place in London in 1972. From these historic origins, the annual event now welcomes over 1.5 million LGBT+ people and allies onto the streets of London.
‍